A razor blade was never far from my hands.. you know the one from years ago, the kind men put in their razors to shave. Now that blade was vicious.. it was double sided sorta rectangular shaped and ‘razor sharp’ on all sides!

I had to hold it gripping it in the middle,  AND THAT WAS NOT EASY BECAUSE AS YOU CAN SEE THE MIDDLE WAS CUT OUT.

I ‘shaped’ a lot of heads back then, while still in school. I was much in demand .. where else could you get a free haircut, right now, in the girls bathroom. If I didn’t have a ‘razor’ handy someone else came prepared.. lol.

We didn’t have school violence and metal detectors back then and we actually had to go outside and play during recess and noon hours. Oh we could stay inside.. if we had detention.

That little blade led to four ‘beauty salons’. I hung out with a girl that owned her own beauty shop ( another name for them) I was dating her brother. I helped her on week-ends doing shampoos and sweeping floors while I attended high school. 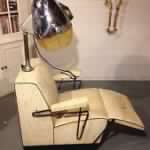 The smell of perm solution and hairspray mingled with the hairdryers (big plastic orbs attached to chairs that you put your head under) was intoxicating to me. Who remembers the metal cylinder rollers, with the little bristle brushes inside?

A net was used to keep stray hairs from escaping and getting sucked into the dryer and burning, this never happened.. or was that a whiff of something singed, hmmm.

I loved everything to do with hair and I was really good at it. Taking my training at Marvel, I roomed with another girl and her grandma in a her Aunties basement suite

My training included waitressing a full time job at The King George, to pay for the beauticians course. I burned the candle at both ends, dating a boy that I eventually married,staying out all hours after work, and trying to get up for school in the morning.

I took my final exams and practical with the rest of the class and passed. Seems I had another 500 hours though, of 1400 to put in, before I could graduate. The hours spent screwing around did not count.. darn!

Living on my tips, boyfriend and I would sometimes rent a hotel room in an obscure little town (he still lived at home) so we could have a bed. I should point out I was 21 yrs old (well almost) and divorced.

I don’t count a three month marriage at nineteen when I moved to BC. Living together was not ok back then and I blame my mom for that one. That’s why we have parents anyway .. we need to have a scapegoat for all our bad decisions.. right?

I was still inexperienced and very naïve (having to marry a boy that turned out to not really like girls anyway). A hotel room was like heaven.. we had a lot of car sex back then (IN A 67 CHEVY IMPALA TWO DOOR HARD TOP).. what we wouldn’t have given to have a van.. just sayin.

Double dating and partying with my roommate and her boyfriend (whom she later married as well) was the norm. We both worked on Grandma to go visit relatives so we could have the suite to ourselves and our boyfriends.

I remember one weekend when they broke the bed. Grandma got back from her trip and seeing her bed she said “I wonder who’s been sleeping in my bed” I swear on a bible I am not making that up! My girlfriend and I  still laugh about that to this day, if grandma only knew.. or maybe she did!

A job offer (for him) in Edmonton, took us into Alberta and started a journey that lasted over forty years. We eventually married and moved back to Saskatchewan five years later.

My first job took me two hours travelling time every day, we had bought a house trailer and lived in Spruce Grove. I loved doing hair but that first job was the hardest job I ever had. We were overbooked and highly underpaid.. I was a great stylist but a deeply unhappy one.

Have you ever hated xmas? Well I hated xmas and New Years.. we were booked every 15 minutes regardless if the clients hair was short or long.. long hair took longer to dry and back comb and ..and.. all I wanted was a dam smoke break! Oh ya.. we all smoked back then! 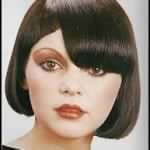 That job was a good training ground for me. I was quitting every Saturday but my boyfriend had two days to talk me out of it, we had a house trailer payment and bills now .. dam! The upside is we didn’t have to have car sex anymore halleluiah!

I eventually got myself fired from that first job. Turns out I was not good employee material, I was a shit-disturber geez.. I just wanted a few smoke breaks! I also was refused permission to leave work to attend my brothers wedding, which I did anyway.

Some things happen for a reason and although I was pissed, I was also relieved! I went on to learn new techniques at Cairo’s, with a much easier work schedule, hell we even got lunch breaks! Continuing education was part of their  work ethic.

I went from razor cuts and backcombing to precision scissor cutting and blow drying hair. I loved everything about it and yearned to have my own shop! Well I did open my own place.. I guess you could say I bought myself a job, no one could fire me and I have been ‘bossy’ ever since.. just sayin